TK “Echo Pyzdr” has worked since 1996 in the areas of education, culture, democratization and local development. It has been awarded , among others prizes, Pro Publico Bono / 2003 / ,Optimus Hominum / 2004 /, the Medal of the National Education Commission RP / 2009 /; it has been honored by the Ambassador of Ukraine / 2001 /, the Minister of Culture of Moldova / 2012 /. In 2012, the organization was visited in Pyzdry by the President of Poland Bronislaw Komorowski, and in 2013, by the Ambassador of the Republic of Moldova . 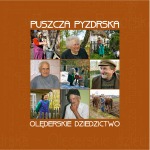 The first publication about the region “Puszcza Pyzdrska”.